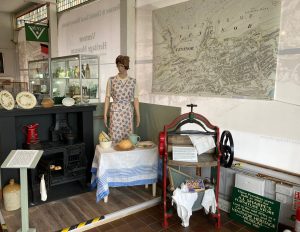 We are delighted to announce that Ventnor Heritage Centre and Museum is now open for the 2022 season.  During the summer the Museum will be open three mornings a week, Wednesday, Thursday and Friday, from 10 am – 1 pm  each day.  We are hoping to extend these opening hours once we have more volunteers available to welcome visitors.

There are several new displays, including our kitchen display which now depicts the 1940s, as in the photograph here, where you can also see the new large-scale OS wall map of Ventnor in the 1890s. New exhibitions include two about local communities:
Lowtherville is the story of the growth of Upper Ventnor, told in the faces of its people and buildings. It developed as a quite separate community from the town itself.
Wroxall in Times Past looks at the farming village which grew significantly over the later nineteenth century. The railway station opened in 1866, and the cottages constructed for the navvies who built the long tunnel under the Downs later became homes for the villagers. We’ve included a fascinating range of images from the Society’s collection.

And in June there will be a special exhibition celebrating the history of Ventnor Comic Jazz Band who have been chosen to represent the South of England in the Queen’s Platinum Jubilee Pageant in London. 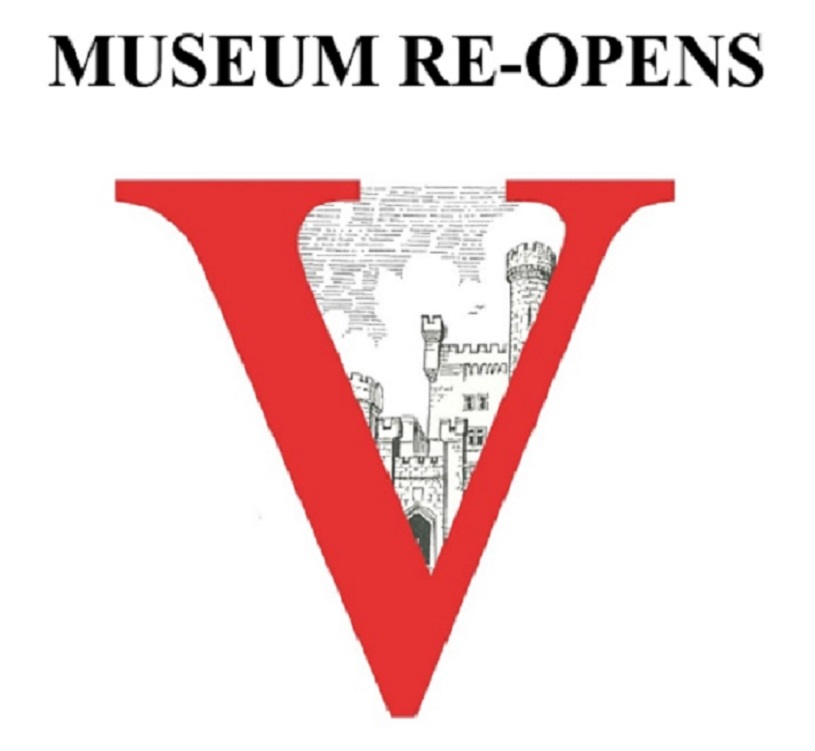 Last update on May 7, 2022
Published April 28, 2022
Author: Lesley Telford
Categories: Exhibitions, Featured, News, Special Events
Tags: There are no tags for this post