Fred Livesay (born 1875) was one of a family of 11 children, son of John Livesay, architect by profession and once Ventnor’s Town Surveyor.  This article is taken from his autobiography, giving his  memories of childhood in Ventnor.  For details of his later career as a Canadian journalist, see Chronicles: Far From Ventnor – John Frederick Bligh Livesay

The family lived in a grand 12-room stone villa on Madeira Road known as Cromartie, the name taken from the highland country where Fred’s father and mother had spent their honeymoon. Fred recalled Ventnor as a town that ‘lived off the invalid and the tourist’. From the 1840s, it had been transformed by architect and builder into an English Riviera, or, as Fred observed, looking as if it ‘might have been lifted from the Mediterranean’. He remembered as a child the ‘great combers’ that came in upon the beach after a south-westerly gale. Huge fountains of spray soaked the promenade, wetting to the skin small boys like Fred who ventured down to run the gauntlet of the breaking waves (as, of course, many kids still do). Fred felt that his childhood had been suffused by the sea, by its calms and its storms. And he became a strong swimmer, managing at the age of 14 to save the life of a drowning German visitor. Often in his sights were one hundred head of sail out in the English Channel, for this was a time when all vessels had to keep in close in order to signal to the lighthouse at St. Catherine’s.

When not in school, Fred spent many hours at his grandfather Charles’s home, Highport (now Ventnor Towers), shown here as it used to look.  Less than half the rambling baronial pile was lived in, and so the young Livesay boys ‘romped and shouted’ to their heart’s content, firing catapults at a full-size portrait of their ancestor, Richard Livesay, or sliding down the polished wood of Highport’s grand staircase on trays filched from their own home across the road.

Back at Cromartie, one of the children’s favourite pastimes was to race up and down back and front staircases, and across hall and landing, in a game of ‘catch-me-if-you-can’. Fred was the star performer, becoming known as the family’s ‘flying nomad’. One room in the house that few of the children ever entered, even including the housemaids, was the study. It became known as the ‘chamber of mysteries’. Here Fred’s father ruled over the household in supreme isolation, using a system of electric bells to summon any one of his six sons. He was the archetypal Victorian pater figure, remote and terrifying to almost any young child, and resembling in appearance the then Prince of Wales (later King Edward VII)

Next week we will hear about the mouth-watering culinary delights that Fred and his family enjoyed. 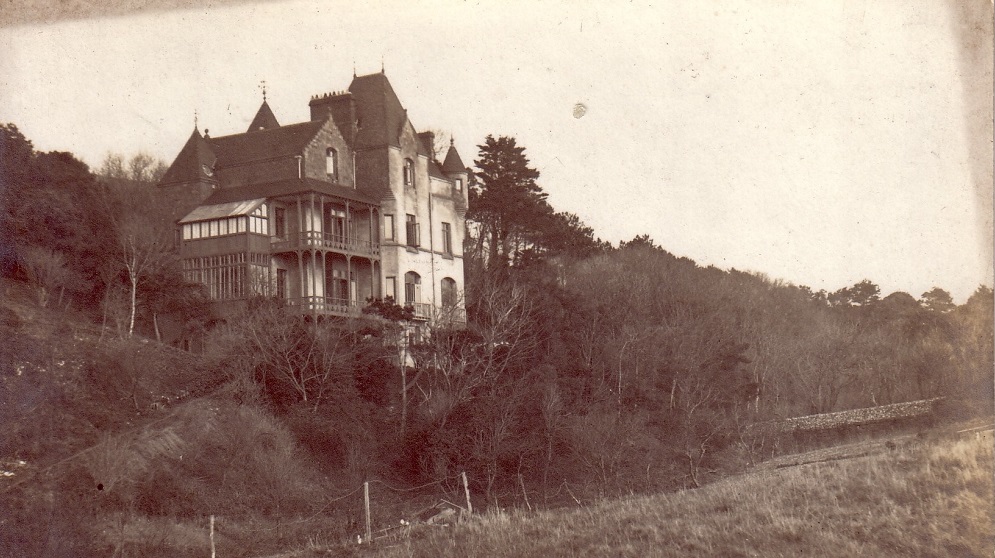 Chronicles: Frederick Livesay – a Ventnor childhood in the 1880s – Part 1

Last update on April 15, 2020
Published March 30, 2020
Author: Lesley Telford
Categories:
Tags: There are no tags for this post