Ventnor National School was in Albert Street, next to where Ventnor Medical Centre now stands. The foundation stone was laid in November 1859 by Charlotte Hambrough, whose husband Albert had provided a large contribution to the costs.  The building, shown here, was described as “early gothic, slightly Italianised in some of the details”.  There were two wings, one for boys and one for girls, with living space in the centre of the building for the master and mistress.

During the Second World War, air raids aimed at the Radar Station on the downs meant that Albert Street was thought to be such a dangerous area that in 1942 the children were moved to The Rugen, a large house overlooking Ventnor Park, returning to Albert Street after D Day in 1944.

The school closed finally in 1956/7 and blocks of flats now stand where the school was. 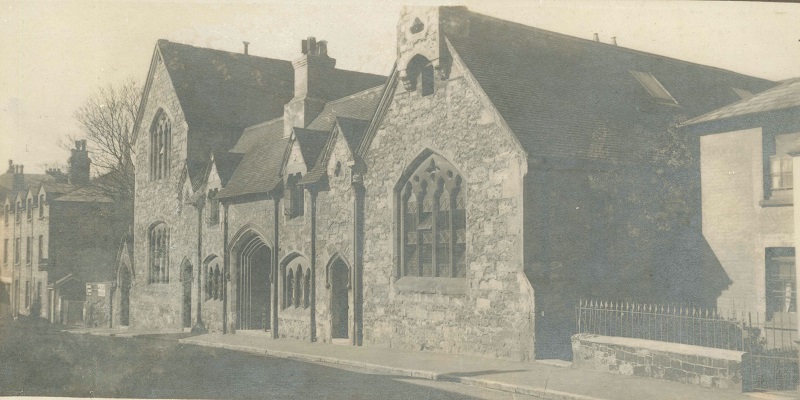 Last update on January 14, 2021
Published May 11, 2017
Author: Lesley Telford
Categories:
Tags: There are no tags for this post