Daniel Day was born in Whitwell in 1814.  His father, Stephen,  was a stonemason who was later employed in building Steephill Castle and Cove Cottage in Belgrave Road in 1828.  In 1832 he was killed in an accident at the Castle, when he was struck by a block of stone falling from the building.

Daniel also became a stonemason and continued the family business in Ventnor and built many of the early houses at the time when the town started to grow.

In about 1840 he partnered Jonathan Jolliffe in building the many fine villas which sprang up in Bonchurch after the building ban was lifted by Act of Parliament in 1938. They also built the new church in 1849.  Properties from this era in Bonchurch today are a lasting testament to Mr Day’s workmanship. He built Elm Cottage in the main village street.  It was to become the family home for various members of the Day family for about 150 years.  It was renamed ‘The Croft’ and still bears that name today.  Daniel later lived at ‘Wykeham Cottage’ in Upper Bonchurch.  Three of his children lived at ‘The Retreat’ at the top of Bonchurch Shute.

In 1894 the firm of Daniel Day and Son, now run by his sons (another Daniel, and Alfred), were  builders of reputation, and also undertakers (with their own monumental masons).  An Isle of Wight Trade Directory describes the firm as ‘having an extensive business, including a spacious timber yard and workshop for the cutting of wood, stone and marble . . . The members of the firm have always kept themselves in touch with the great developments which, in modern times, in practical sanitary science and in decorative art . . . they have, too, had a large experience in the conduct of funerals, and have at their disposal all the appliances for the performance of obsequies in accordance with the most advanced ideas of funeral reform’.

The family also ran an estate agency, and grew vegetables, flowers and fruit in their own market garden in Upper Bonchurch, and Daniel was a Bonchurch parish overseer, a councillor, and a collector of taxes.  If all that were not enough, they were insurance agents for the Royal Insurance!

The family connection with Bonchurch continued down the years.  Many of us can remember yet another Dan who ran the Bonchurch taxi service.  A most enterprising family. 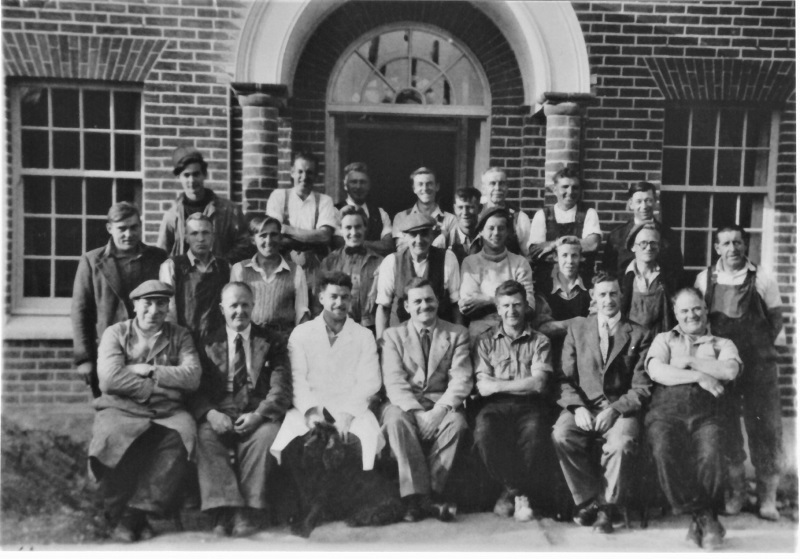 Last update on January 2, 2020
Published May 4, 2017
Author: Lesley Telford
Categories:
Tags: There are no tags for this post