The Hotel was built in the 1870s, adjoining Crab & Lobster Inn, and originally called Crab & Lobster Hotel. The Cass family were the landlords around 1900, when it was called Cass’s Hotel.

The hotel was redecorated and refurbished throughout in 1905, with electric lighting, separate tables and corridors heated during the winter. Features included splendid chandeliers in the Dining Room a glass domed roof in the lounge. The hotel’s own omnibus met all trains arriving at Ventnor Station.

The name was changed to King Charles I Hotel in 1950s, by owners Mr and Mr Whittaker; Mr Whittaker was Polish. The last landlady was Mrs Harris- Barton, and the hotel closed in the late 1980s after a serious fire. There were several attempts to re-open it, but it is now converted to flats. 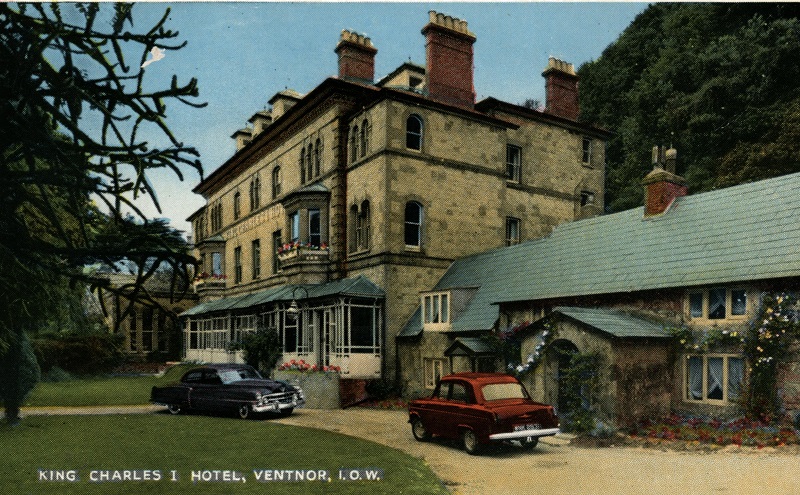