Ventnor Library was known originally as The Ventnor & Bonchurch Scientific & Literary Institute. There may have been a secondary Literary Institute in Albert Street.  The premises in the High Street were founded 1847, and built in 1850. Rev James White was the first the president.

The building has been used by many organisations over the years, including the Undercliff Horticultural Society (1885), the Chess Club (1912), St John’s Ambulance Brigade (1920s) Society of Friends (1937).  It has also been a lecture hall, a school of art, and the ‘Jubilee Free Library and Reading Room’.

In 1940 it became a County Seely Library, and remains the home of Ventnor Public Library until the present day (2017). The picture here shows the interior of the Library in about 2014. 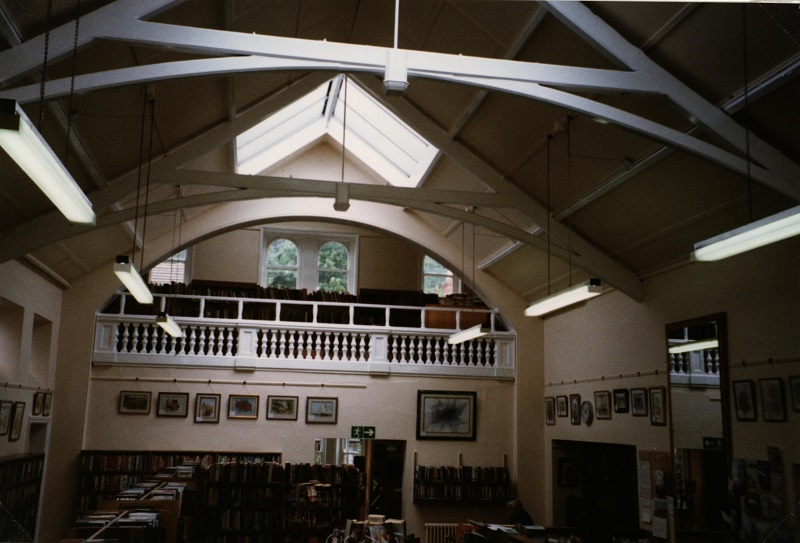