Longdown School stood on the Southern side of South Street and was built in 1901 to replace the ‘old’ Longdown School, which had been at the corner of North and West Street.  The new school lasted just over half the century, until in May 1959 it was decided to amalgamate the schools at Longdown and Lowtherville. There was much controversy, and a petition was organised, but in 1960 a ‘Farewell to Longdown’  party was held in Holy Trinity Hall, and after Easter the children started at Lowtherville. 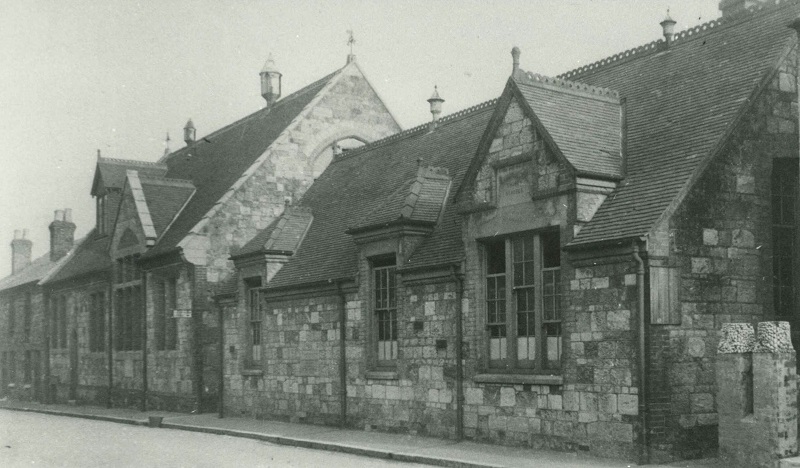