We lived in La Falaise from 1944 till 1956 and ran it as a hotel. It was jointly purchased by my dad and his brother with their wives actually doing the cooking and housework. I loved it there. My bedroom was on the west side of the house on the top floor and I would go to sleep at night with the sound of the waves on the rocks below. There were lots of issues with the movement of the building which gradually tilted towards the cliff.  If you placed a tennis ball on the front verandah you could watch it build up speed as it sped down the passageway towards the kitchen and scullery which were at the back of the house. We used to keep the meat hanging just inside a bit of the cliff as it acted as a cold room.  the east garden was laid out as a bowling green and I was not allowed to go on it. We certainly had a cockatoo for a while which I used to tease. Also had a terrier dog called Santa which lived to a ripe old age.

It was always busy in the summer but no one came in the winter so dad had to work in Ventnor station as a ticket clerk. I remember it had 16 rooms and on the lower verandah there were lots of wicker chairs for the holiday makers to sit in and watch the view when it was raining , this was perfect as we were so close to the cliff edge.  We had a large telescope in the verandah so that early holiday makers could watch the huge convoys of ships passing by which were still going till early 1946.

La Falaise was very old and had lots of aspidistra plants in it which apparently the older visitors liked. All the rooms were fitted with a pull cord button which would ring a selection of swinging bells on springs which were located in the long passage way leading to the kitchen and it would tell you which room was calling.  The front rooms nearest the verandah were the dining rooms so guests could eat their meals with the wonderful view over the sea.

The hotel was full of very dark furniture which made it depressing in the winter especially the deep snow in 1947 as we could not get coal deliveries so I had to trudge through the snow with dad and his brother along the cliff top to Flowers Brook to cut down trees to use as fuel to keep the ancient boiler cooker of the aga type going and we would all sit in the kitchen to keep warm. The pipes kept freezing up causing a lot of trouble in the winter, fortunately no guests came then.

I am afraid I was rather naughty then as I used to throw stones onto the roof of the old shack on the rocks below where old Britannia used to live and she would come out shaking her fist while I ran away.  I  knew Fay Brown when she was 10 as her dad sold my dad their Citroen car which could never get up to the town centre with us all in it. We used to play together.  I  met up with her again in the museum when I  visited Ventnor 20 years ago. I used to walk up Bath Road all the way to school until late 1945 when we were transferred to Longdown in South street, and then to Albert Street school later.

But ill health during the terrible winter of 1947 gradually took over my dad and he passed away in Ventnor sanatorium, leaving only my mother and dad’s brother to keep it going;  shortly afterwards dad’s brother’s wife became ill and passed away. Dads brother’s name was Ken and my dad’s name was Owen. Both are buried in Upper Ventnor Cemetery.

It eventually came too much trouble so my mother purchased number 1 Bono Vista in North Street (a guest house) which made a profit, leaving Ken to run La Falaise which he struggled with.  The council said it was becoming too dangerous to live in so they found Ken a flat and decided to demolish La Falaise which was very upsetting for me. Mum  had decided it was too much hard work and sold the house in North Street and we moved to the mainland. 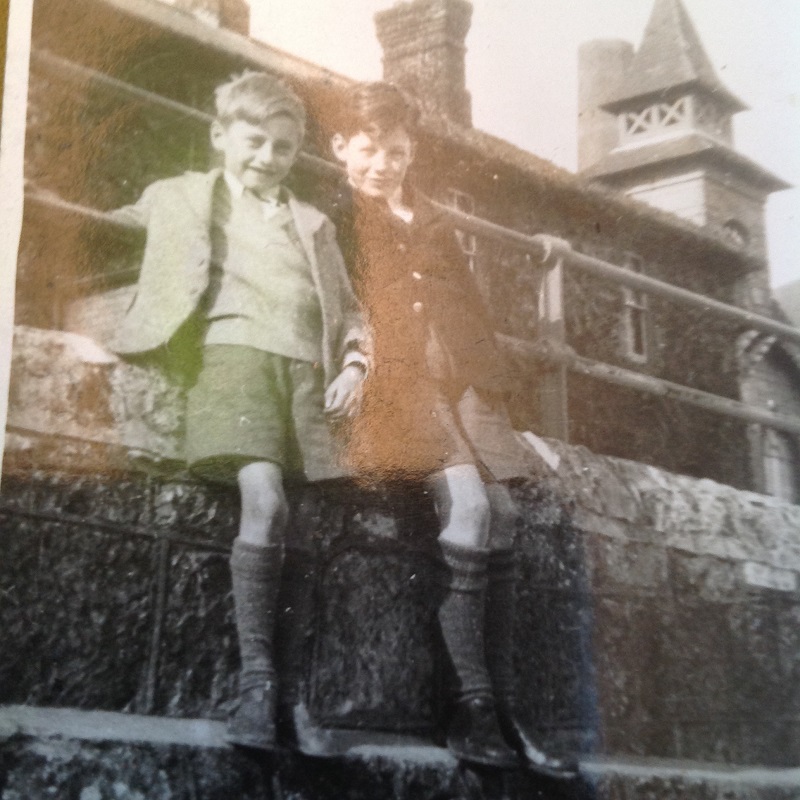 Your Stories: Memories of La Falaise from David White

Last update on November 14, 2019
Published July 1, 2017
Author: Lesley Telford
Categories:
Tags: There are no tags for this post