This impressive model was located in the Booking Hall, by the door, at Ventnor Station. It showed the Ark and animals going aboard, under a glass case, entitled ‘The First Lifeboat’ . There was a collecting box in front of it for RNLI.

When the station closed in 1966 the model went to a tourist attraction in Godshill. In the 1970s it was taken to the Railwaymen’s Home in Woking, and was later seen in Bristol Station.  The present whereabouts are unknown. 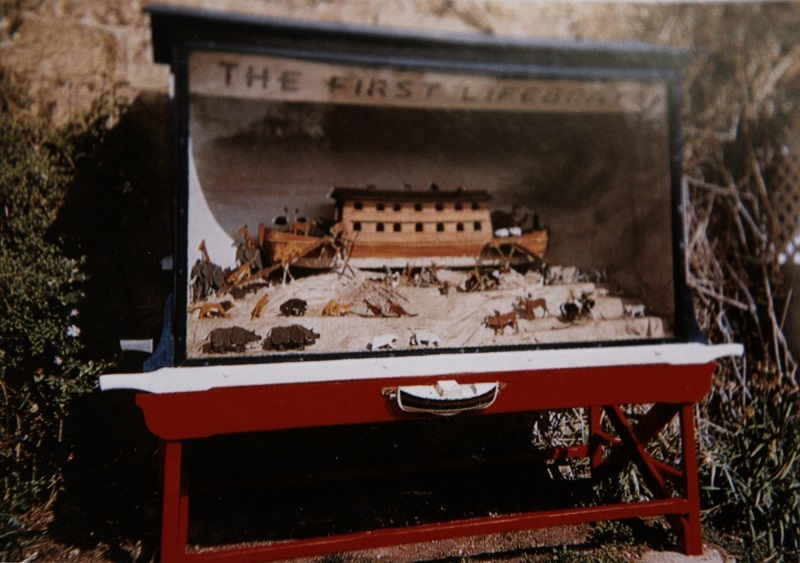