Old Park, St Lawrence is thought to date back to 900 AD, and  may have been a hunting lodge.

The present house was built in 1740. In 1865 a new wing was added to the house;  Sir John Cheape  installed central heating and plumbing: there were three taps in bathroom – one labelled ‘Hot’, one ‘Cold’ and one ‘Rainwater’. When Walter Spindler owned the house in the 1880s he imported and planted a million trees on the Old Park Estate  and had water pumps  erected in Whitwell for the people living there to use. Actress Sarah Bernhardt visited – she had a liaison with Mr Spindler, who painted her portrait. In its latter days Old Park was owned by Thornton Family, and the ‘Bird Park’ and Glass making factory were on the estate. 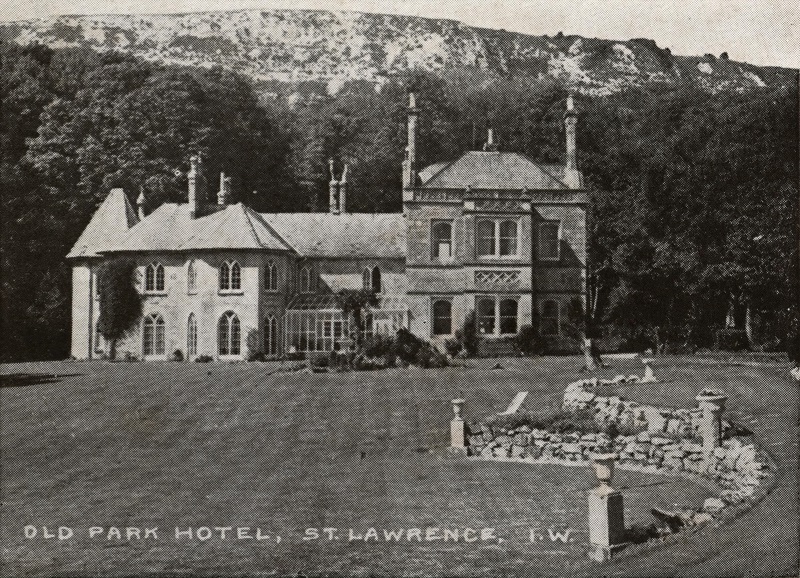