In 1863 the PS (Paddle Steamer) Chancellor was wrecked attempting a landing a Ventnor Harbour pier, holed on the Lion Rock.

In 1887 Southsea-Ventnor-Sandown  & Shanklin Steamboat Co started services, and in 1888: P S Dandie Dinmont , ‘Ventnor’s own steamer’, was brought down from Scotland.  Despite a chequered career, including sinking in Portsmouth Harbour, she lasted until 1899. By 1900 there were many fine paddle steamers in Solent waters, and  most, if not all, called at Ventnor Pier, including Balmoral, Lorna Doone, and the Solent Queen.

Between 1940 and 1945 many steamers had an heroic war. A lot were lost or returned in run down condition and had to be scrapped, and the 1960s saw the end of ‘paddlers’ although the PS Waverley can still be seen passing on her annual visits to the South coast. 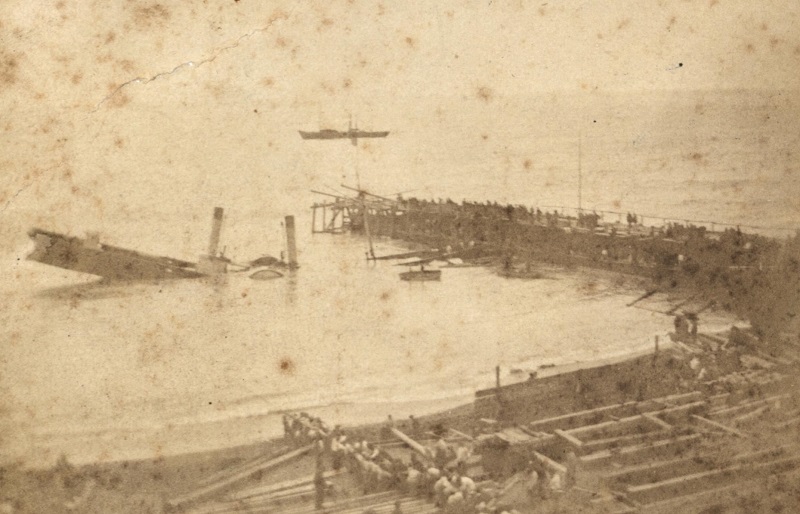 Last update on January 14, 2021
Published August 16, 2017
Author: Lesley Telford
Categories:
Tags: There are no tags for this post