Rayner’s Temperance, Family and Commercial hotel used to stand on Victoria Street almost opposite the junction with Albert Street. It was popular and well appointed, ran a special bus to meet visitors at Ventnor Station, and also provided a tennis court and pleasure gardens for guests a few minutes away in Dudley Road (where the car park is now). The first telephone in Ventnor was said to be an ‘acoustic’ one connecting Rayner’s Hotel in Victoria Street with Mr F Baker’s Postingmaster’s premises in Mill Street (now Pier Street).

Damaged by enemy bombs in 1944, the hotel was demolished later that year. The site became a garage and later a supermarket. 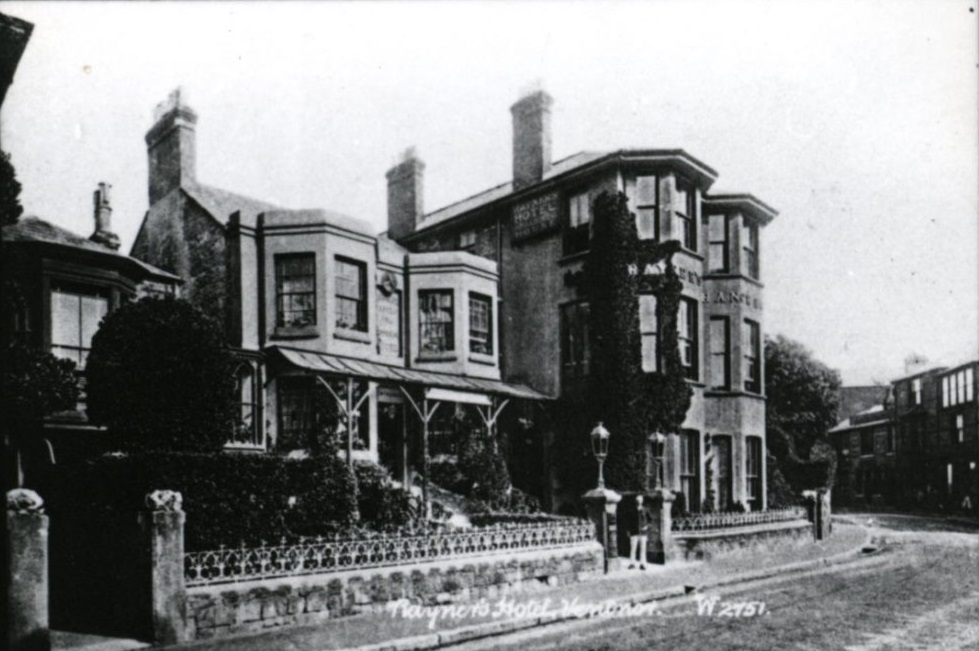 Last update on November 3, 2021
Published November 29, 2017
Author: Lesley Telford
Categories:
Tags: There are no tags for this post