The Underley was a full-rigged ship of 1202 tons built in 1866 in Lancaster.  She was owned by a  Captain Chambers who traded as the Liverpool and Lancaster Line between Britain and Australia.

Under the command of Captain Tidmarsh, the vessel was outward bound from London To Melbourne when she came ashore between Bonchurch and Dunnose Point in a south-easterly gale on the night of 26th/27th September 1871.

There were thirty passengers on board and a cargo of cotton, machinery and gunpowder. Passengers and crew were all saved except for a steward, Richard Tatton-Groves, who  reputedly re-boarded the vessel to save a pet bird and was swept overboard as the vessel started to break up.  Tugs stood by but they were unable to move her and she became a total loss.

The Captain and the Pilot were both blamed for negligence at the Court of Inquiry.

For many years a finely-carved name plate from the ship adorned a wall on the Landslip path. 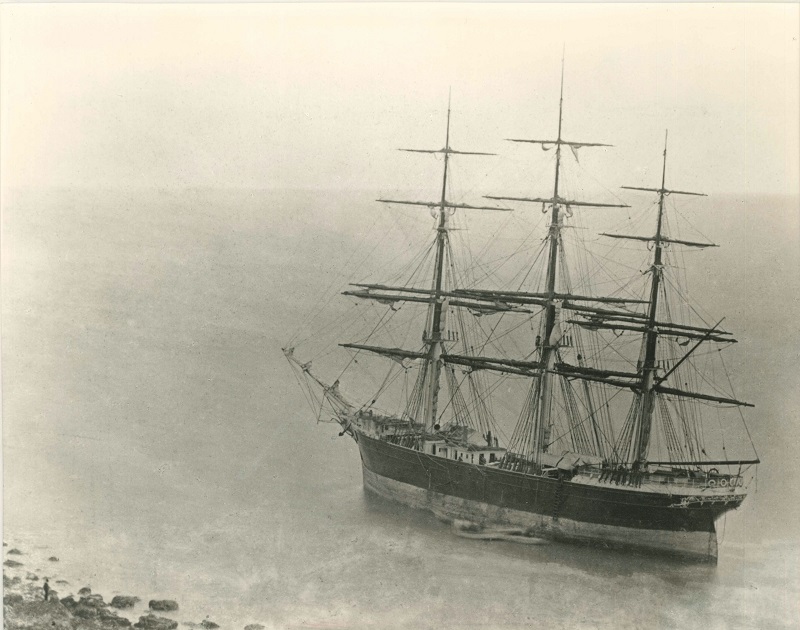