Ventnor Cove is the main Bay at the eastern end also known as Mill Bay.

Ventnor diarist Mark Norman tells of landing there in 1835 to see a solitary fisherman spreading his nets to dry on a huge mound of red sand which has never been seen since!

On the site where the Esplanade Hotel was later built stood a single storey wattle shanty, housing one family.  Crabs and lobsters were marketed from Ventnor Cove. 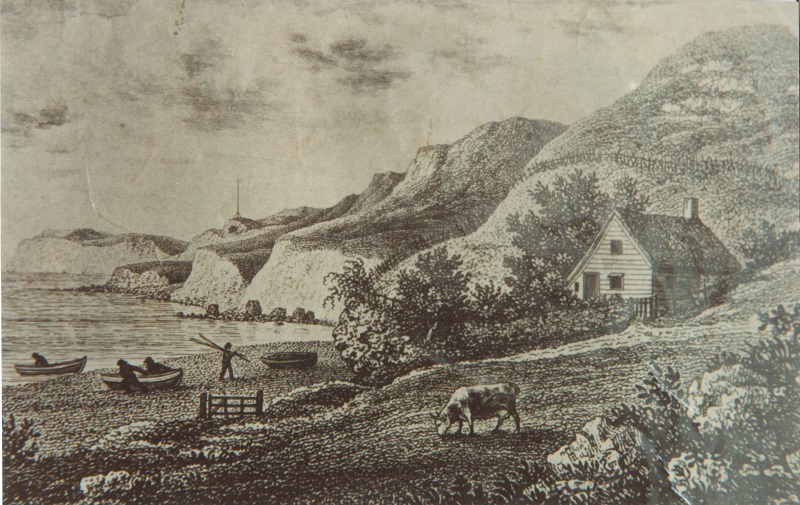