The Town Hall started life as the Undercliff Assembly Rooms. Its front elevation is in classic style with fluted columns supporting the handsome cornice.  It had seating for 600 persons and a large stage with retiring rooms and offices for the School Board.  Provision was allowed for the addition of a gallery.

Mrs Snowden Henry of Bonchurch laid the foundation stone on 20th December 1877; this can still be seen today.  The building was completed in 1878 by local builders Henry Ingrams

Odd news items are noted: In 1936 the Fire Brigade delayed responding to a fire at the Town Hall mistakenly thinking that the firing of the maroon to summon the fire brigade was a salute to the great liner, RMS Queen Mary, who was passing by on her maiden voyage.  Or perhaps this story referred to another incident in 1939 when response to another fire was delayed for some time as the R.M.S. Empress of Australia passed by with King George & Queen Elizabeth on board?

The Town Hall was home to Ventnor Urban District Council and the venue for shows, plays etc for many years until the late 1960s.  At this point it was used by a wig-making factory and later, a clothing factory.  In the mid-1970s it became Coconut Grove Night Club until a serious fire in 1978 left it derelict for many years, not helped by two subsequent blazes.

In the early 1980s a Community Association was formed with the idea of buying the building to use as a Community Centre.  The Council declined.

In 1994 the building was converted into flats but the impressive frontage was retained. 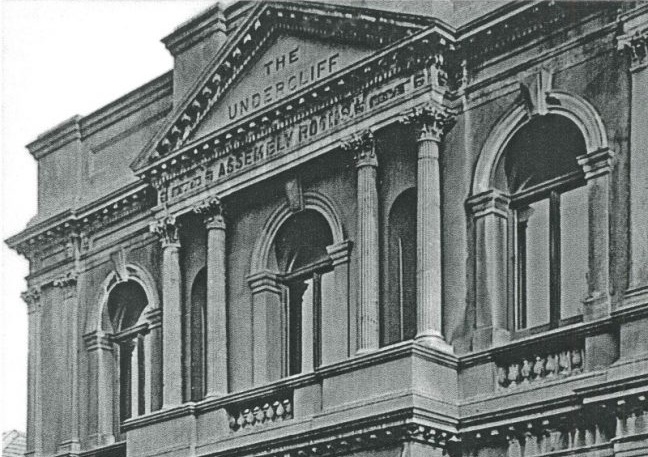