Westfield was a large mansion situated within fine and extensive grounds.  It was originally designed for Queen Adelaide.  The lease on the land ran from 1840 and the house was built about 1849.  It was owned by Charles Brown (of Brown and Poulson) and in 1850 was occupied by George Curtis.

In 1932 a controversy raged when permission was sought to the lifting of a covenant restricting the use of the house.  A court case was eventually held in 1939.

The house became a hotel that year as the covenant, after 100 years of the lease, was lifted.

Westfield was a hotel for many years but is now flats, with chalets built in the grounds. 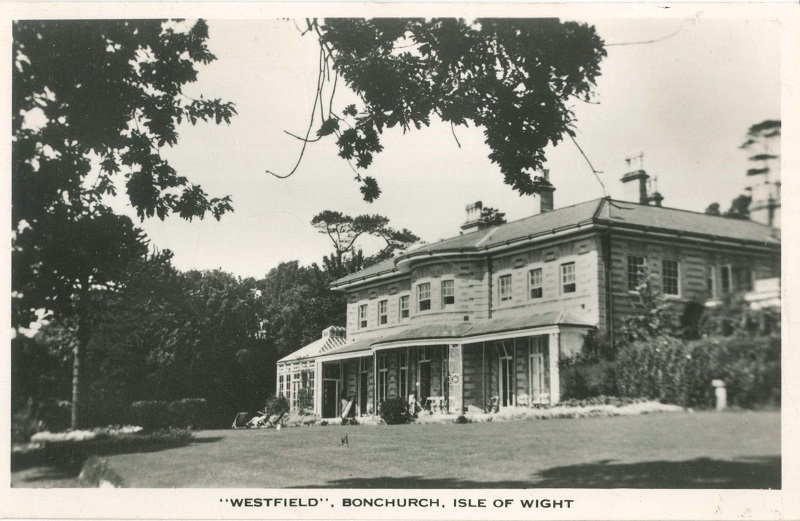