We have a wide range of books and pamphlets available for sale online. Please contact sales@ventnorheritage.org.uk if you have any queries about publications. Orders placed online or by post will be sent out once a week, by Royal Mail, on Fridays.

Ordering and paying online: use the ‘Add to Cart’ button below any publication you want to order. Payment can be made by bank card or by using your PayPal account if you have one.

Ordering by post: send your order with your name, address, phone number or email and a cheque (or postal order) made out to VDLHS to: Publications, Ventnor Heritage Centre, 11 Spring Hill, Ventnor PO38 1PE.

Overseas orders: contact us direct for overseas prices and availability at sales@ventnorheritage.org.uk 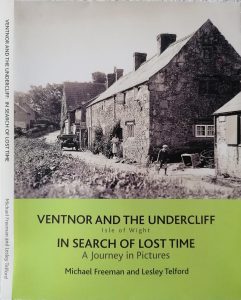 Ventnor and the Undercliff: in search of lost time  is our new book, due to be published this autumn. It is about recovering life-worlds and discovering livelihoods through photographs, and draws on images from the Society’s archive as well as some in private hands. The 180 or so black and white pictures span the years from 1860 to 1950 and are accompanied by extended captions together with short narrative texts, including many personal memories. 160 pages.

The story of Ventnor Carnival from the early days through to the 1990s, and its place in the history of the town.

History of Bottle Collecting Ventnor including information on the history of local Chemists and Mineral Water Manufacturers of the Victorian/Edwardian period.

Ventnor area in times of war, from the 16th century to the Second World War (incorporates material from previous  publications: The Ventnor Area at War 1939-1945,  Radar at Ventnor 1939-1945 , and Repairing the Ravages of War )

A record of the memorials and inscriptions at the Old Church of St Boniface in Bonchurch, regarded as being of Saxon origin, and still one of the most complete Norman buildings on the Isle of Wight.

Inns & Ale – Bonchurch to Chale by Vincent Chambers (£3 including p&p):

A trip around the Undercliff, listing the inns and describing their colourful history, and the history of the breweries – from the Star Inn Chale to the Blenheim and Walmer Castle in Ventnor.

King Henry VIII  was  at war with France, the English fleet was hard pressed, and an attack was feared on Portsmouth and the Isle of Wight.  This account describes the events of that summer, including the French landings at Sandown Bay, Bonchurch and Bembridge.

George R Haynes was born in 1906 in Beach Cottage, Castlehaven and lived there most of his life. He recorded  in fascinating detail the day to day life of the time saying I have written all that I thought should be recorded before it is completely forgotten, about things now totally gone.

These recollections  give a two-faceted picture of life in and around Ventnor in the 19th Century: Mark Norman was a working man who in a long life turned his hand to many things, while Henry Griffin was from a wealthy upper class family whose lifestyle was in stark contrast to Norman’s.

The story of the resort’s pleasure steamers, those vessels which epitomise the Victorian and Edwardian seaside scene (incorporating earlier publications Steamers into Ventnor by Peter Bray and Dandie Dinmont).

An account of the history of RAF Ventnor, the information covering both human and technical aspect of the Cold War Days.

An illustrated history of Ventnor harbour and piers from the first attempt to make a landing place in about 1843  to the demolition of the Royal Victoria Pier in 1993 (incorporating earlier publications The Harbours and Piers of Ventnor 1843 – 1988  and  Peeps at the Pier).

The Undercliff Isle of Wight by Michael Freeman (£13.80 including p&p):

A geographic history of the Undercliff, a narrow ribbon of uneven (and often unstable) tableland that extends for seven miles along the south-east coast of the Island. It is elevated some 100 to 200 feet above the sea and backed by near vertical scarp faces or steep downs. It is renowned for its micro-climate, especially in winter, once the resort of well-off Victorians.

A history of brewing in Ventnor, in particular the story of Burts Brewery in Ventnor High Street.

Ventnor Isle of Wight – The English Mediterranean by Michael Freeman (£13.80 including p&p):

Historical guide to Ventnor from its time as a tiny fishing hamlet in 1830, through its runaway transformation as a winter health resort in the Victorian era, to its later incarnation as primarily a summer holiday destination.

Victorians in Search of Winter Health by Michael Freeman (£14.30 including p&p):

This is the detailed story of how the tiny fishing hamlet of Ventnor was transformed into a winter resort that earned the title ‘Mayfair-by-the-sea’, such was the wealth of its many visitors and the fine shops and businesses that grew to service them. The book draws from the many hundreds of entries in the pages of the Times newspaper which, extraordinarily, provided Ventnor with its window to the world.

As the title says, this is a beginner’s guide to the wildlife on the Isle of Wight and where to find it.

A brief history of the Royal National Hospital, a Hospital for Consumption patients in Ventnor.

Ventnor as a health resort in the Victorian era.

Ventnor & the Undercliff / Ventnor No Finer Place (£12.00 including post & packing)

This historical Tour of Ventnor & the Undercliff explores the halcyon days of the Victorian and Edwardian era, with the help of the  photographic collection from the Ventnor Heritage Centre, before progressing to the 1920s & 1930s, and through to  the 1970s and 1980s. (Includes also ‘Ventnor – No finer Place’) 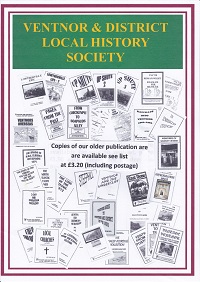 We have many pamphlets written over the years by Society members on specific topics. Titles include a wide range of subjects, such as Railways into Ventnor 1966-1966, Lowtherville Life, St Catherine’s Home and School Ventnor and Sinking of HMS Eurydice off Dunnose 1878.

For visitors to the Heritage Centre, a full list of titles is available at the sales desk, and copies can be printed to order. 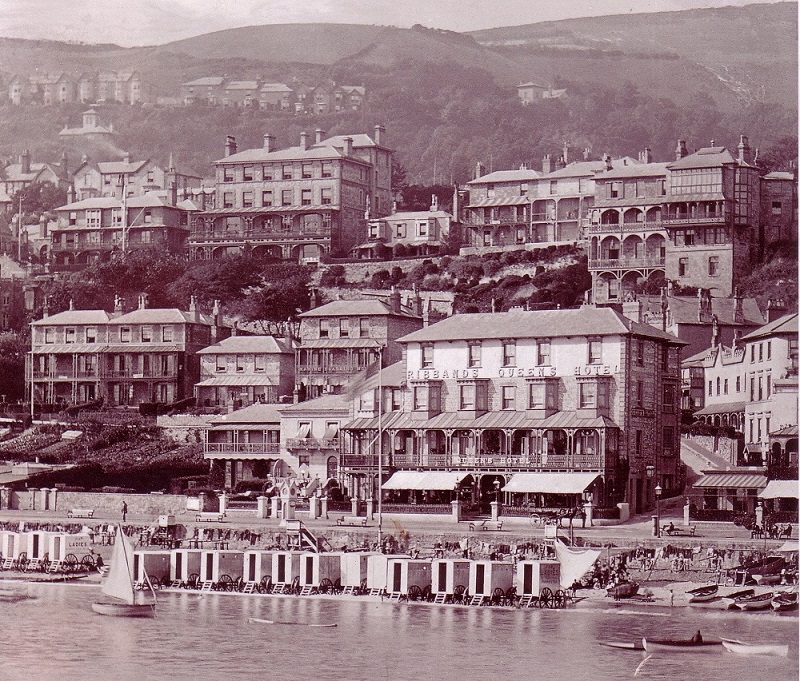 The spectacular sight of Ventnor's ascending terraces in the early 1890s, as viewed from the pierhead. Bathing machines are lined up along the water's edge for this was a time when it was forbidden to enter the sea any other way. Machines were hired along with an attendant and a costume, the ladies segregated at some distance from the gentlemen.